Our Excursion by Room 7 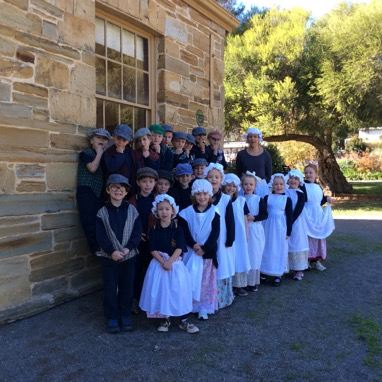 In week 5, all the year 1 classes visited the Willunga Courthouse and Bassett Boys School. Mrs Podzuweit and Miss Bolt’s classes went on Wednesday (Miss Yardley and Miss Goudie on the Tuesday).

We went into the old courthouse which was very small. We learnt that the local police officer lived in the house next to the courthouse. The courthouse, cells and police station were all next to each other. The police officers wife did the cooking for any prisoners in the cells. The judge only came to the courthouse once per month so some prisoners could be held in there for some time before they were able to plead their case.

We went to the old school after recess. The room was smaller than our classroom – but they had 50 students in their room! We had fun putting on the “costumes”. We practiced our cursive handwriting, learnt how to salute the flag, and played some of the games that children used to play at recess and lunch times – marbles, skipping and quoits.

A big thank you to all the visitors on all the excursions. In particular, Kirsty Beazley and Keeley Muir who helped Room 7. 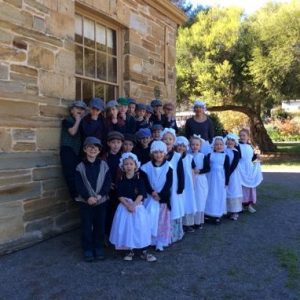