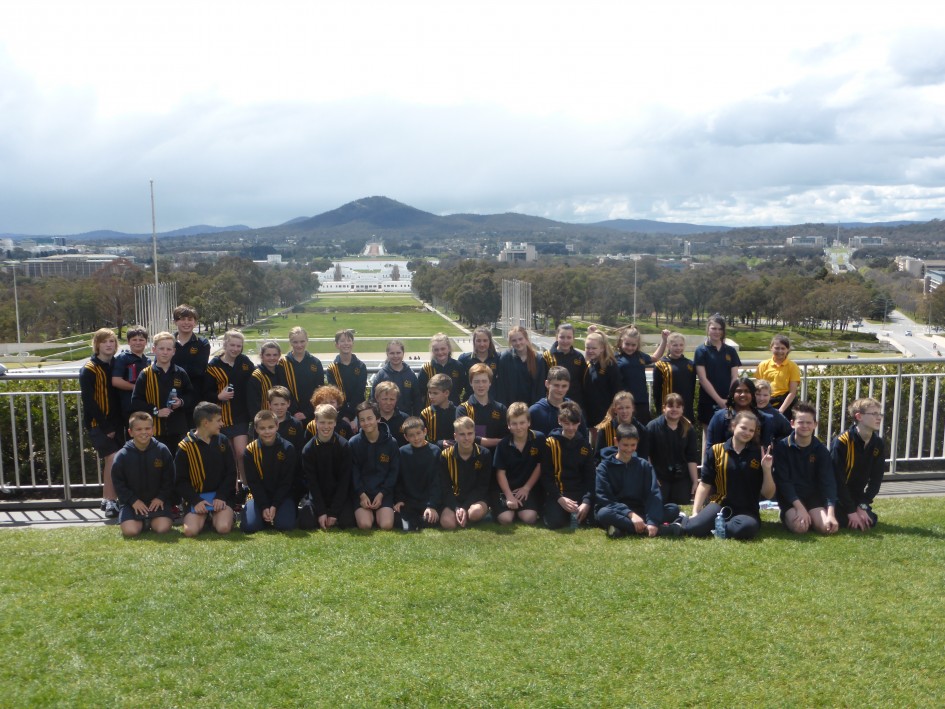 On the Monday of the last week in term 3, most of the year 6/7s from Woodend P.S packed up and went to Canberra. We had been learning about Australia’s history and democracy and to finish it all off we went to Canberra.

I had been looking forward to Canberra for weeks and it had finally arrived. I had been a little annoyed at about how early it was but when we all got there it was much better. 16 hour bus trips are not really exciting but when it’s with your friends it’s much better. You could tell that everyone was so excited.

The war memorial was one of the biggest highlights of my trip. We visited the War Memorial on our last day in Canberra. The centre of the building was the greatest of all, two entire walls made out of copper with every ANZAC and soldier that died in combat since 1914. There was also the eternal flame and the unidentified soldier which was buried to represent the other 20,000 of them. On the history side there were lots of planes and weapons used in wars.

One of the other great events was the National Gallery and I really enjoy art and drawing which enhanced the experience. Out of everything in the gallery the “Blue Poles” by Jackson Pollock was the best. Its estimated price was 350 million, even though they only bought it for 1.4 million. We also took a look at 25 paintings of different Ned Kelly scenes done by Arthur Boyd. There was an Aboriginal memorial and art for all the different tribes in the area. Our tour guide said there was roughly 5.5 billion dollars’ worth of art in the gallery.

The very first thing we visited was the Parliament house, the grandest building in Canberra. We visited the Senate which has 76 senators and is based on a room in England but has different shades of red to reflect the red colours of Australia. The house of representatives was up next. It has 150 senators and has a Eucalyptus shade of green to it. We finished it off with a role playing activity.

Canberra was the greatest Primary School experience I’ve ever had and I would love to go back but only this time with my family. There were a few flaws but the good definitely out-weighed the bad.