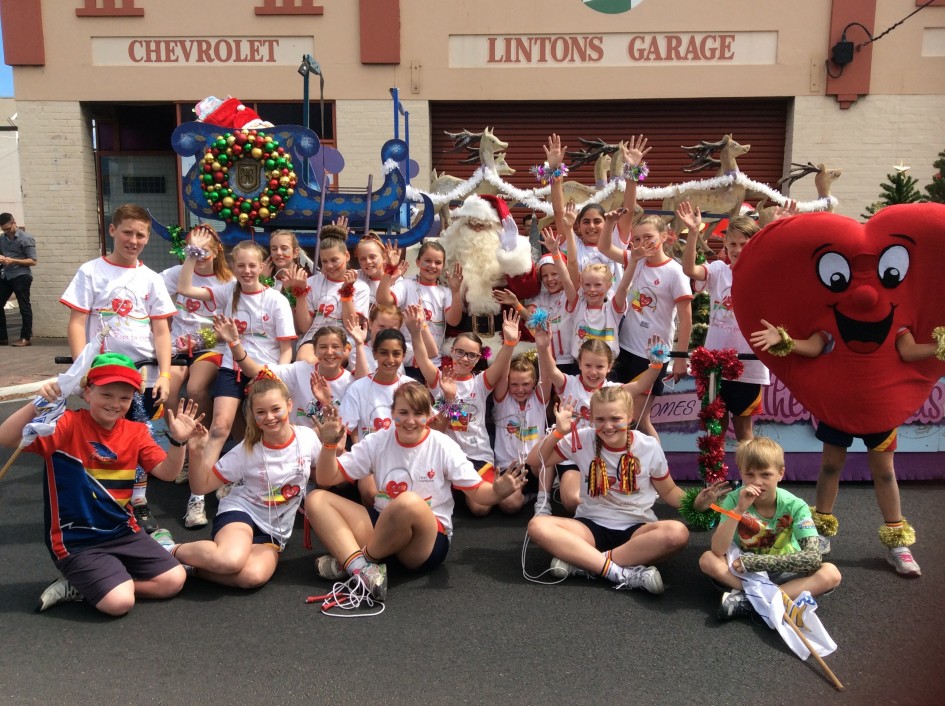 Members from the school jump team High Velocity had an enjoyable time entertaining the crowds at last weekend’s Glenelg Christmas Pageant.The team demonstrated their fabulous rope tricks to the large crowd prior to the parade.They also invited members of the public to join in.  We had all ages jumping: from toddlers to adults. Someone even managed to get the clown on the stilts to jump in a long rope! Now that would be worth seeing! As it turned out we were placed near the end of the parade which meant we all got to meet Santa! Special thanks to Karen Sheppard and all the parents who attended. We had a most enjoyable time!  (Big Thank You to Don Zampogna who is a driving force behind our jump team  success)