On Monday the 17th of September the three Year 3 classes left school for camp at El Shaddai, near Wellington on the Murray River. There was a feeling of excitement and nerves from students and parents alike as the kids left on their first ever school camp. The excitement on grew as the buses pulled into the campsite and the kids got their first glimpse of the 10m high giant swing.

First up the students were treated to a great wetlands experience where they got to the opportunity to explore the shallows for different Macro-Invertebrates. If that wasn’t enough, the reptile experience had students learning about and holding lizards, turtles, and even a snake called Monty.

There was a range of awesome activities that the students, parent volunteers and teachers all got involved in, including Archery, low ropes course, laser skirmish, rock climbing, vertical challenge, and probably the scariest of the lot, the giant swing.

Here is what some of the students thought about their time away:

“My favourite thing in camp was the giant swing because we got to go really high and drop to the ground super fast. It was really fun.” Hasrat Buttar

“The scariest moment was when my helmet almost fell off of the giant swing because I was almost 10 metres high. My glasses also fell off. My biggest achievement was probably reaching the top of 2 rock climbing walls and getting up to the challenge wall.” Nate Cornish

“There was a huge snake called Monty, I held Monty and he felt slimy and weird.” Scarlett Hanton

“I loved doing the rock climbing. It was so scary because I’m scared of heights but the people encouraged me. I got to write my name on the board because I got to the top of the challenge wall.” Imogen Mitchell

A huge thank you must go to the parent volunteers who gave up their time to help out on the camp, without the support of these parents we wouldn’t be able to give the students such a positive experience. So, thanks to Renee Byrne, Kellie Najjar, Vikki McIver, Sammy Wright and Glenn Duke. 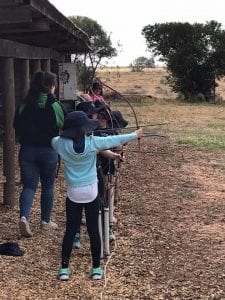 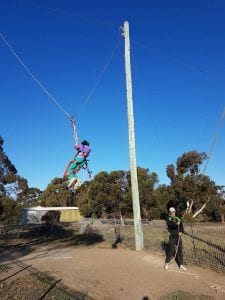 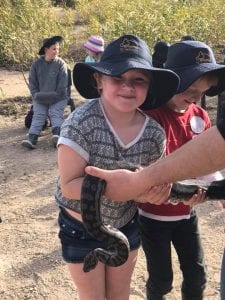