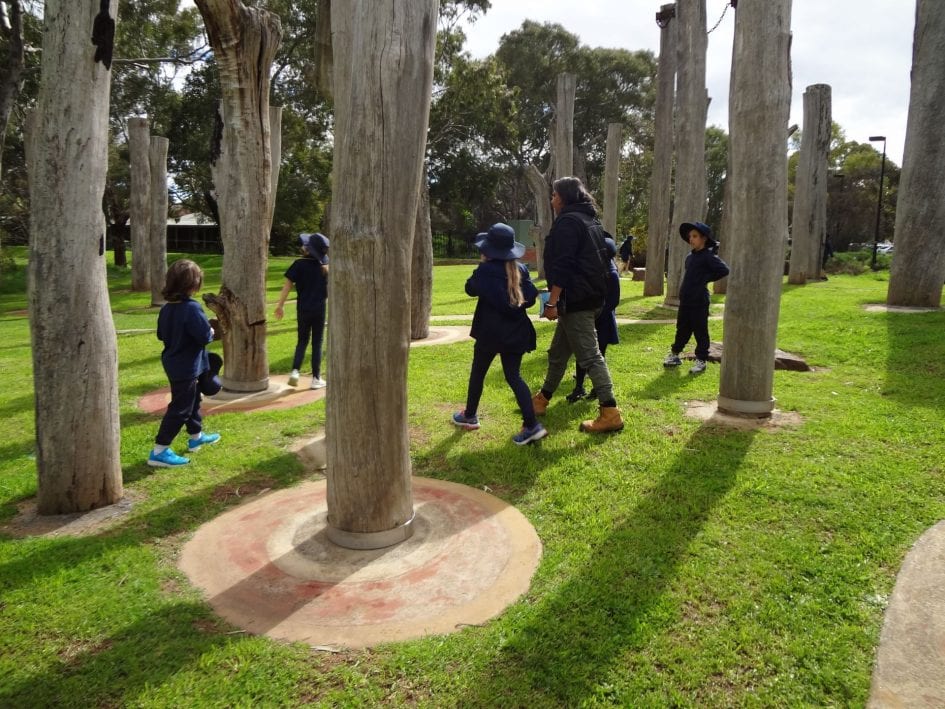 Last week the year 2 classes (Room 4, Room 6 and Room 20) went on an excursion to the Living Kaurna Cultural Centre (Warriparinga). Warriparinga means ‘windy place by the river’. It is a ceremonial meeting place and an early European settlement site. Warriparinga is one of the only sites to survive early European settlement and development within metropolitan Adelaide. Located just off Sturt Road beside the Big 4 Caravan Park this place is a little hidden gem of tranquillity.

We visited Warriparinga as part of our History unit “significant sites to Aboriginal and Torres Strait Islander People”.

For many children this was their first time catching an Adelaide Metro Bus so they had quiet few questions about how it all worked. It was a 30 minute trip which took us all around Hallett Cove, then down the hill onto Brighton and Sturt Roads.

When Room 6 arrived at the bus stop we headed towards the pedestrian crossing to cross a very busy Sturt Road – a police car happened to drive past as we were waiting and and blocked the road from on-coming traffic for us to cross safely. We even had the sirens sounded for us! What a great start to the trip!

After a short walk we arrived at Warriparinga and were meet by our guide who taught us some words and phrases, discussed the significance of birdlife in the area and shared the Dreaming “Tjilbruki”. This Dreaming tells of creation, the law and human relationships. The Warriparinga Project has given Kaurna people an opportunity to protect and maintain this site as an important place to celebrate this Dreaming.

While we were there we saw the: Tjilbruki Gateway and tree scars which showed us places where Kaurna people took bark from the trees to make a: canoe, coolamon and shield. We also saw tree scars that showed places used for shelter and fire. We saw foot holes that Aboriginal people created in order to climb to the tall branches of the tree. The Scar tree at Warriparinga is one of the few remaining on the Adelaide Plains. Two of the trees located at Warriparinga are 600 years old!

Children also saw the ceremonial space and where Aboriginal people would have cooked their food. Due to the amount of ‘ovens’ in the space, each which caters for around 250 – 300 people it is estimated that up to 2000 people could have been catered for in this one area. There are three ‘ovens’ remaining while the other five have been filled up.

We had such a wonderful time experiencing Warriparinga, such a peaceful place to visit and learn. 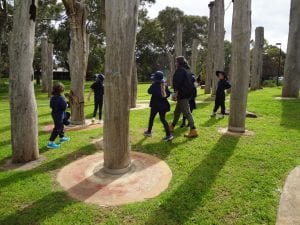 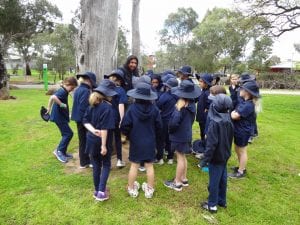 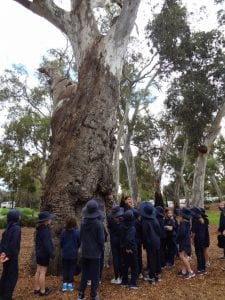 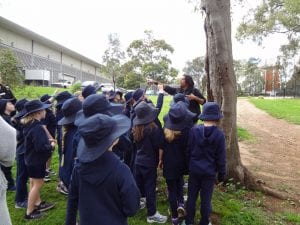 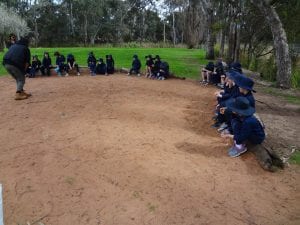 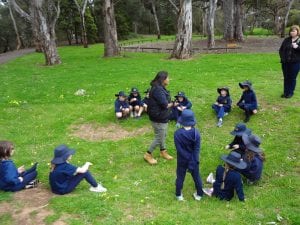 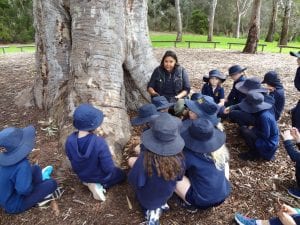 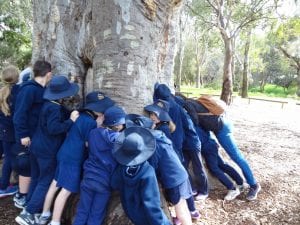