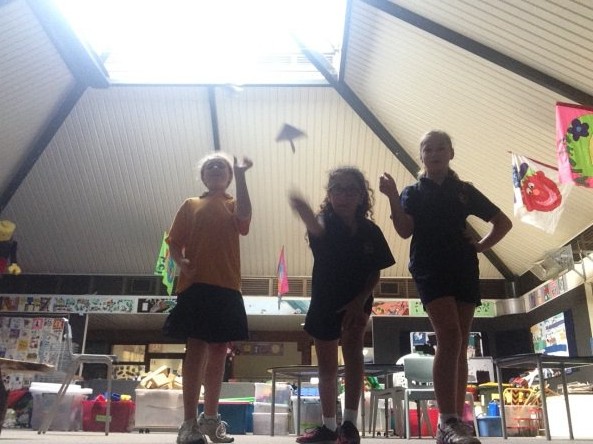 At the beginning of this term we started reading the novel Paper Planes. As a result of this one person started making and flying paper planes and everyone caught the disease. The class has been turned into an airport. There are planes crashing in the most interesting ways. Not only have we been flying paper planes but we have been recording and measuring the flight of them as well. We don’t just have to fly planes. There are other things. Every now and then we have competitions and paper planes are scattered. Have you been in the gym lately? There are planes everywhere in the roof. Once planes have been thrown we estimate how far they fly and work out their average. As you can see our class has become paper plane crazy.

Paper Planes is the name of a new book that was released not long ago. The story line is about a young boy who goes into a paper plane competition with his class. This boy’s name is Dylan. Dylan was astonished by how far his paper plane flew! He tells his dad about the competition but he wasn’t very interested. Later in the book he made the national competition in Sydney. He made was a finalist and got an amazing chance to travel to Tokyo. Dylan developed a mega crush on a girl called Kimmy. She was from Japan and was a paper plane lover like him. While his love was amusing for us as a reader, it was distracting for Dylan because, instead of focusing on paper planes, he was thinking of her. Paper Planes has inspired us to create and fly our own unique designs. Learning all about paper planes in our class has made maths fun for everyone and it doesn’t even feel like maths!

There is the movie “Paper Planes” showing in theatres now. Many of us have seen it. The movie and book is based on a true story about a man who loved paper planes all his life. He was in his early thirties but still acted like a child. He had a best friend called Jason and together they worked to create unique designs. Later on in life the man got a brain tumour two weeks before the big paper plane competition. His family was devastated but kept a smile on their face to keep their child happy. He was so excited when he got to travel all around the world and teach thousands of children how to make amazingly unique folds.

Most importantly the class is exploring the big  ideas in the story (what the story is really about) and how they might relate those big idea to themselves. 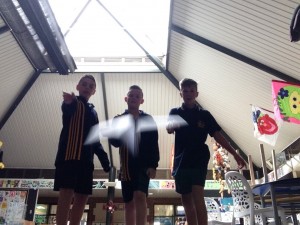 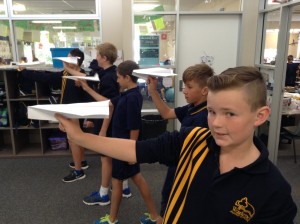