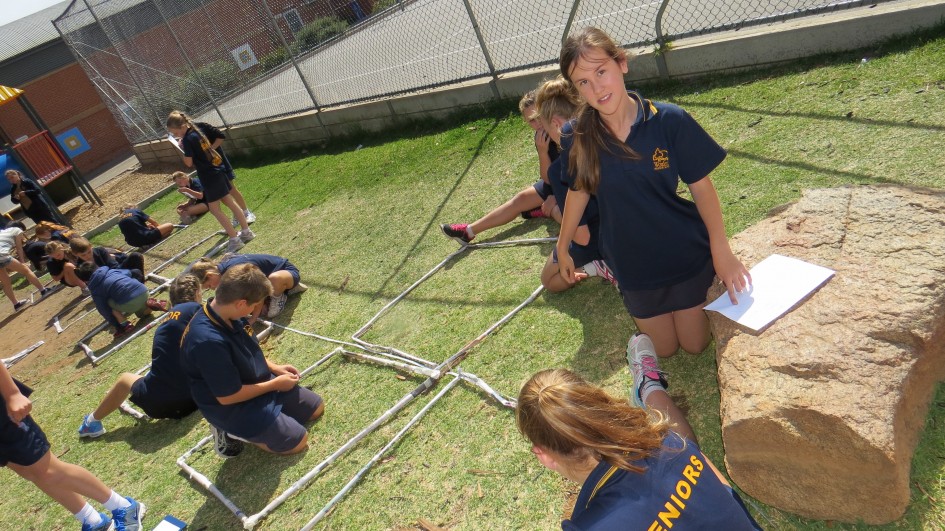 By students in Mr. Zampogna’s and Ms. Whelan’s classes

As part of our science program on Sea to Shore our classes have been studying how scientists monitor animal and plant species.

They do this by using transect lines and quadrats. 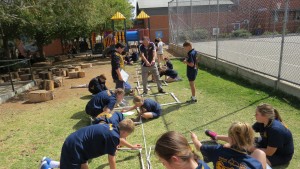 A Quadrat is a square frame used by scientists to mark off distinct areas in which to monitor the number of select species.

A transect is a line marked at regular intervals, along which scientists align their quadrats to monitor species.

For the purpose of our experiment we created our own reef on a grass area next to the netball court.

We then used quadrats that we designed to measure a particular type of shell living on the reef.

To do this we had to get four different measurements along the transect line.

From this data we could then work out approximately the total number of shells living on the reef.