A busy August and September with SAPSASA!

The boys team were able to make solid improvements after a tough first 3 games. They worked hard on their skills and were rewarded with a great win to finish the day and ended in 7th spot.
Boys results:
L – 23-11 against Port Elliott
L – 43-16 against St Martin De Porres
L – 43-10 against Woodcroft
W – 23-15 against Reynella East.
The girls were strong and played exceptional team Basketball. It was a pleasure to watch their effort, energy and high skill level. They made it through to the state finals in week 1 of next term. This is the first time a Woodend team has ever made the state finals!!
Girls results:
W – 36-0 against Port Elliott
W – 42-6 against St Martin De Porres
W – 28-7 against Woodcroft
W – 33-14 against Tatachilla.
A big thank you to our volunteers: Sarah, Brett, Carli, Belinda, David and Sarah for scoring and thank you to all parents for transporting and cheering on the teams. 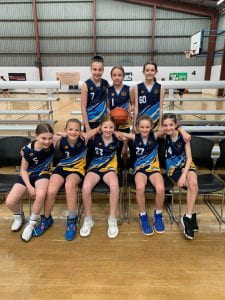 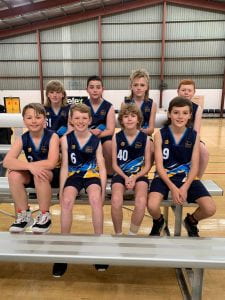 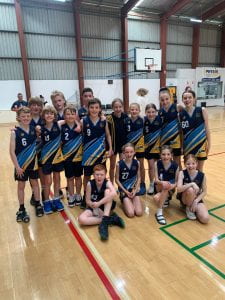 BOYS AFL FOOTBALL
Friday 26th August
Woodend hosted round 2 of the boys Football on Friday 26th August.  We played against Colonel Light Gardens and Tatachilla.
Game 1 the boys played against Colonel Light Gardens who were an outstanding football team. It was excellent to see the boys work really hard and they battled for the next three quarters after Colonel Light got off to a flying start kicking 8 goals to 0 in the first quarter.
Final score:
Colonel Light Gardens – 19 goals, 8 points = 120
Woodend – 1 goal, 2 points = 8
Game 2 the boys played against Tatachilla and really improved their team play and were able to match it with Tatachilla for the whole game. The Woodend boys were a few points up with 3 minutes to go and unfortunately Tatachilla got 2 late goals to win the match by 11 points.
Final score:
Woodend – 8 goals, 11 points = 59
Tatachilla – 11 goals, 4 points = 70
Well done to the Woodend team for making it into round 2 of the competition and with 16 x Year 5 boys able to come out again next year and improve their skills. 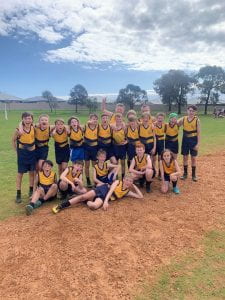 DISTRICT ATHLETICS
Wednesday 31st August
The Woodend athletics team competed and represented our school at Reynella East on Wednesday 31st August in the Southern Valley Athletics competition.
Congratulations to all 35 students who contributed to Woodend winning the competition today for the 9th year in a row!
We had some excellent results with several Woodend students winning their events and earning the chance to represent Southern Valley at the State Athletics Day.
Thank you to Peta for coming along to help with the team and thank you to all of the parents for transporting, cheering and assisting our team on the day. 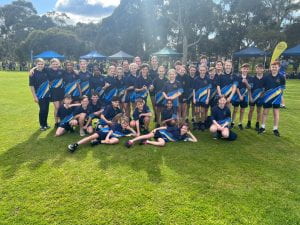 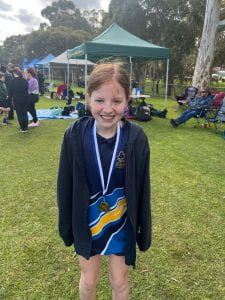 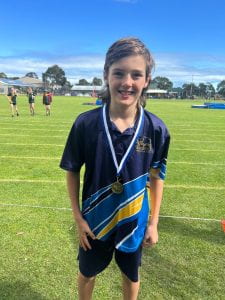 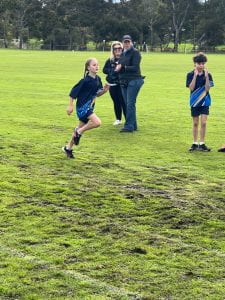 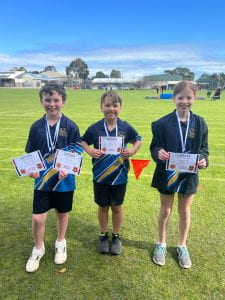 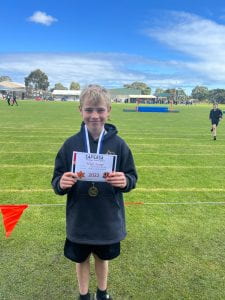 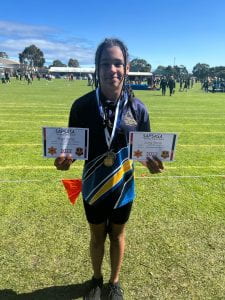 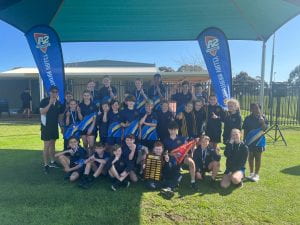 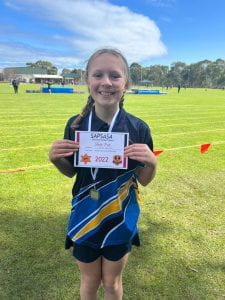 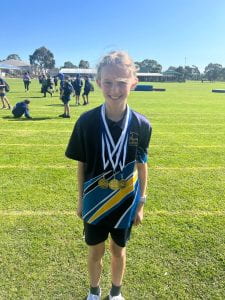 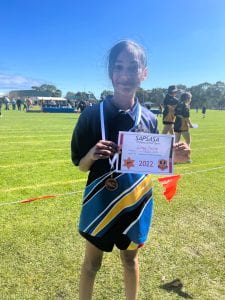 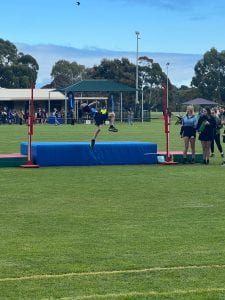 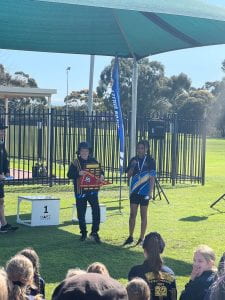 STATE ATHLETICS
Tuesday 20th September
Congratulations to these seven Woodend students who represented Southern Valley at State Athletics last Tuesday 20th September.
Leni, Andie, Malaika, Sophie, Harry, Mackenzie and Hamish.
They all did an outstanding job and had some very positive results.
Malaika ended up with 2nd in the 100m sprint.
Leni had a successful day coming 2nd in the 200m, 1st in the 800m and 1st in the 1500m. 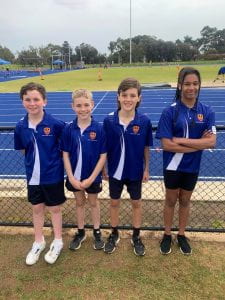 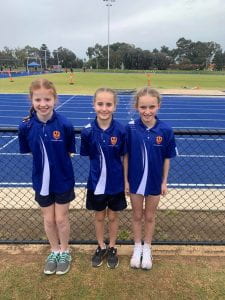 We would particularly like to thank Mr Hehner for all his organisation, coaching and support.  He ensures our Woodend students not only have the opportunity to participate in the numerous SAPSASA events but they “have a go”, be a supportive team member and feel successful. On behalf of the Woodend community, thank you Mr Hehner.