What An Experience…Festival Of Music 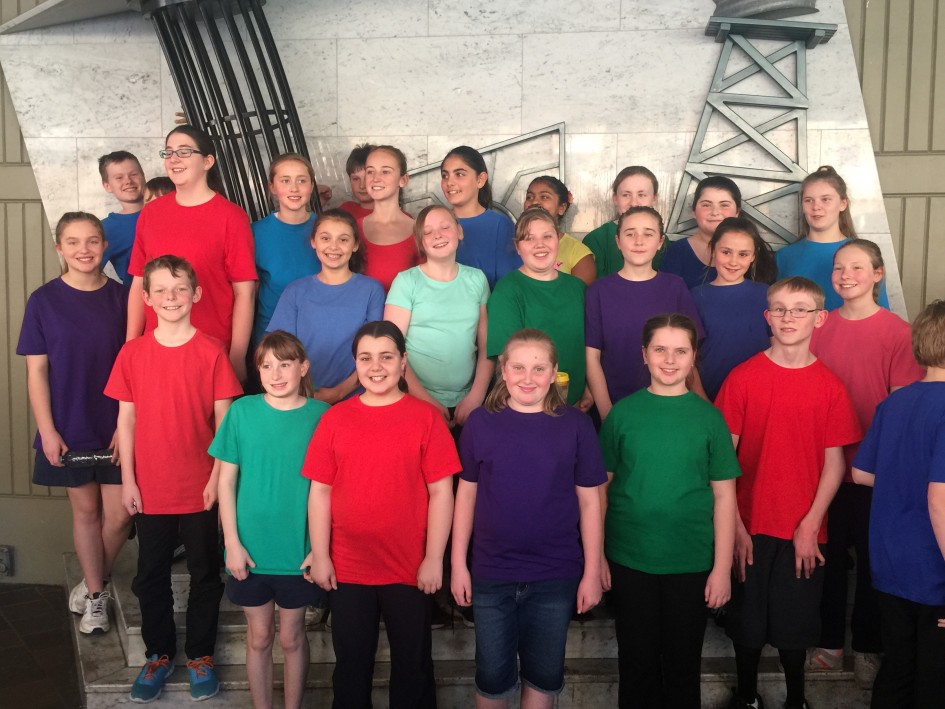 On Sunday afternoon, our fantastic choir students had an opportunity to perform on the big stage at the Festival Theatre as a part of the Public Schools Music Festival. All year, these students have made a commitment to come to regular rehearsals at school as well as spend time learning some very challenging music in their own time at home. From a medley of Elvis songs, difficult choral pieces and a commissioned work to commemorate our Gallipoli soldiers, our students performed 14 songs, all from memory, in front of an audience of around 2000 people. Performing on this stage in front of a large audience is a unique opportunity that will stick with our students for a long time.  Congratulations to all students for your tremendous efforts to develop your musical expertise and a special thank you to Jarrod Lamshed for his great work mentoring the choir.

The Public Schools Music Festival has been around for a LONG time. It began as the Thousand Voices Choir in 1891! Many people who have performed in the festival have gone on to be professional musicians. Kynon Johns sang in the choir in 1986 and now is a world renowned conductor. He travels all over the world to work with orchestras. He has worked with over 100 of them! Amity Dry was a choir member and was in the first series of the Block. She has now written a successful musical which is currently playing in New York. Lisa Edwards has gone on to record her own albums and tours with John Farnham. Jo Lawry now sings with Sting and Catherine Lambert is a successful recording artist.

Over this time, many thousands of people have had the opportunity to be involved, including people in our school community.

Tara Swan (Parent) I made some wonderful friends over the years and still remain friends. Singing in the choir taught me discipline and to show respect to all people young and old. I found an new appreciation in music. Last but not least too just have fun and be yourself.

Mr Lamshed I was in the choir at primary school back in the late 80s and had the opportunity to be a soloist. Even this many years later, I can remember a lot of the songs we learned. When I was in high school I got to perform with our school stage band as an assisting artist. As a teacher I have been lucky enough to be involved with the festival for 10 years with students in choir and performing as assisting artists. It’s a great program to be a part of.

Mr Marshall I remember performing in the Festival of Music choir  at  the Adelaide Town Hall  in 1967.  We stood  perfectly still on the stage for the whole performance. We wore white shirts; no colours. There was no audio visual technology used. I still remember the seconds part to one carol we sang: Masters In This Hall.  I’m pretty sure the only musical accompaniment for the concert was a piano. And I think we sang one Beatles song; might have been Yesterday.

Alyssa, Room 13 This year was my first time singing in the school choir. It was really challenging to learn all of the songs but I am glad that I stuck with it because in the end it was a great experience being on the stage singing with all of the other kids! My favourite songs were Ederlezi and Lightning. They were the most challenging to learn but they sounded REALLY good when we all sang together. At my old school I was in the festival as an assisting artist in a Kapa Haka group. I like that my mum and dad were in choir when they were kids too.