‘Get Dirty with Milton’ Filming Opportunity 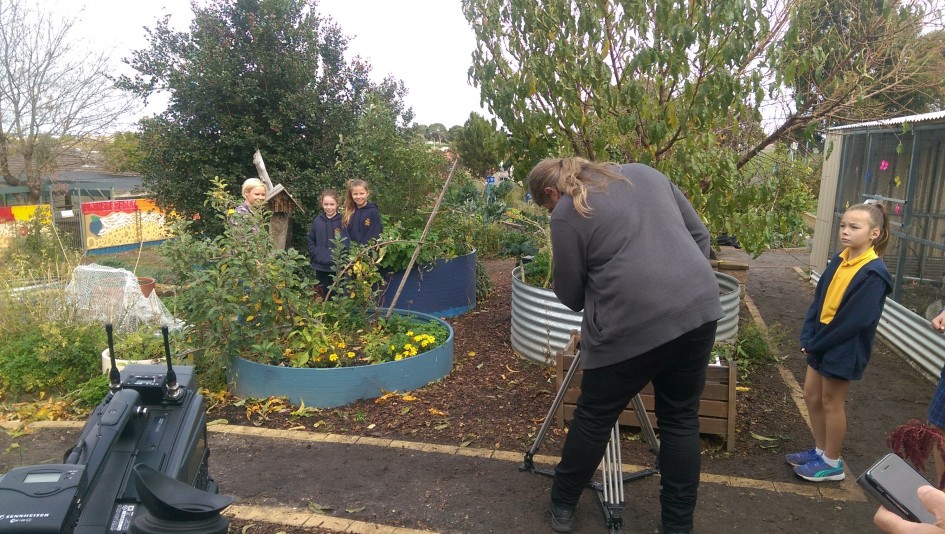 On Friday of week 3, term 2, Lili, Lilyana, Sophie, Jesse, Brianna and I (Ella G) from room 12 had the opportunity to be on the Get Dirty with Milton tv show. We had the opportunity because Lili’s mum (Haidi) works for the tv show.  It was an amazing experience and we had a really fun time being filmed.

First we filmed a segment about the insect hotel that we have in our school garden. We got interviewed by Haidi, one of the hosts on the show. She asked us questions and we answered them. It took a couple takes, but we got it in the end.

Next the whole group were planting and played with the soil. Milton and Monina, the garden teacher, talked about the garden while we planted in the background. It was a bit boring having to do the same takes over and over again, and there was a lot of waiting around doing nothing, but it was still fun.

Next we had some time to get some food for recess because we were all very hungry. After that we walked up to the kitchen to do some filming there. We got filmed cooking, cleaning, cutting and eating the food we made. The food was yummy. Finally, after a few hard hours of work we finished up and went back to class to have lunch. It was a great experience and we learnt all about how tv shows are made.

Here is some information about how tv shows are made:

The cameraman has to set up multiple cameras to get different angles so after the filming is done, he can look through the different videos and decide which angle is the best. It also takes multiple takes to get a bit of the show done. We had to do lots of takes so they could get it just right.

By Lili and Ella 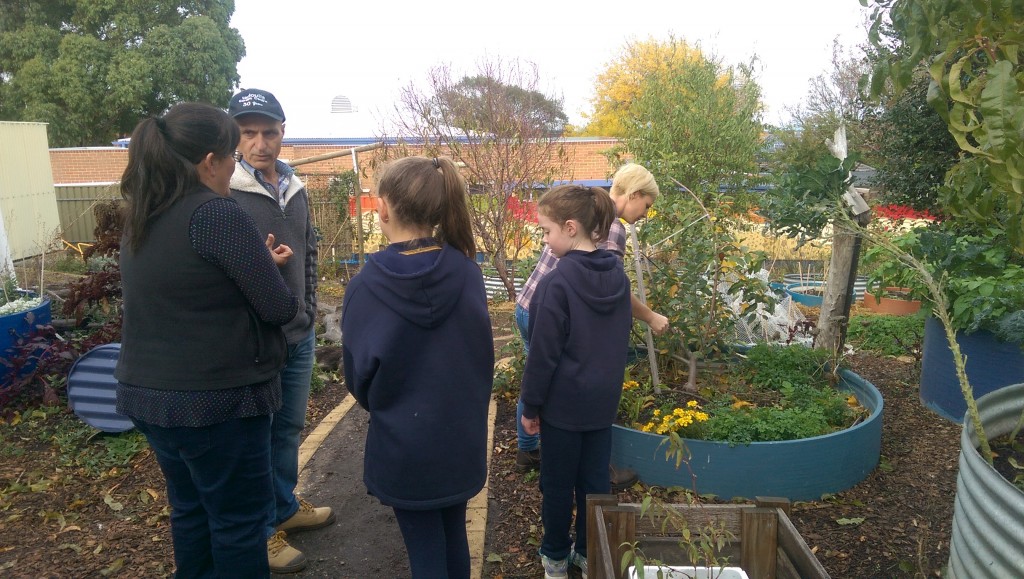 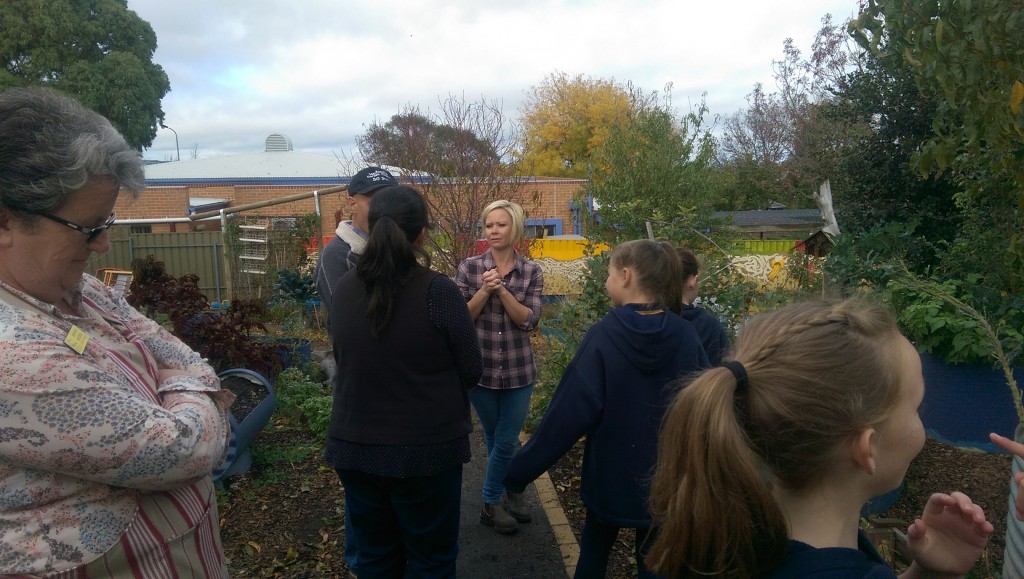 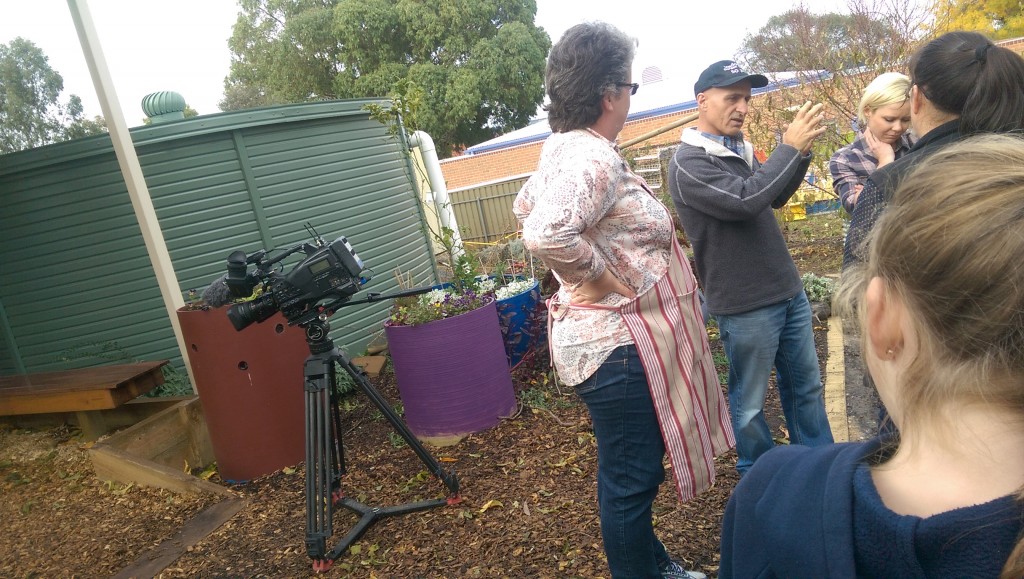 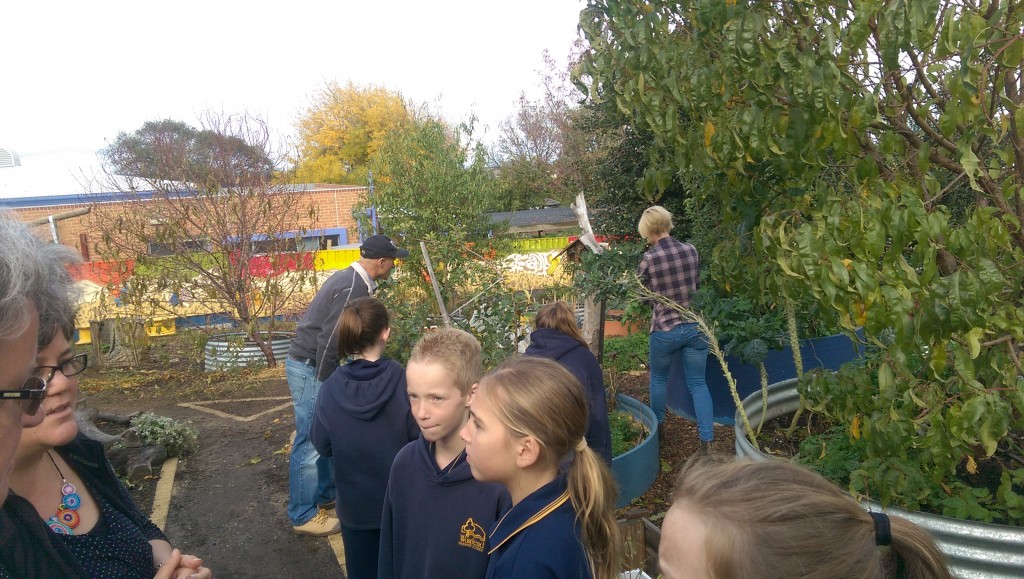 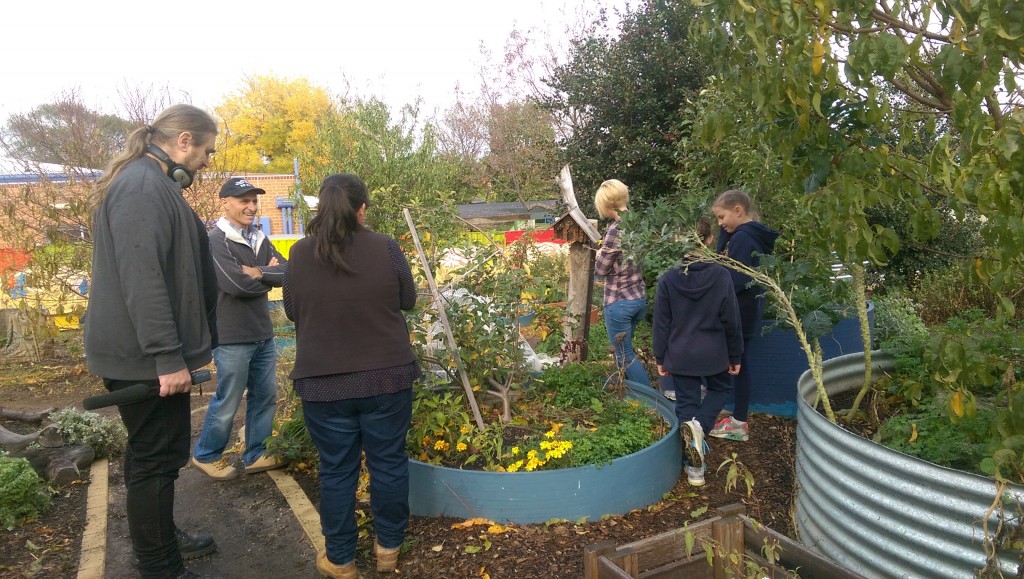 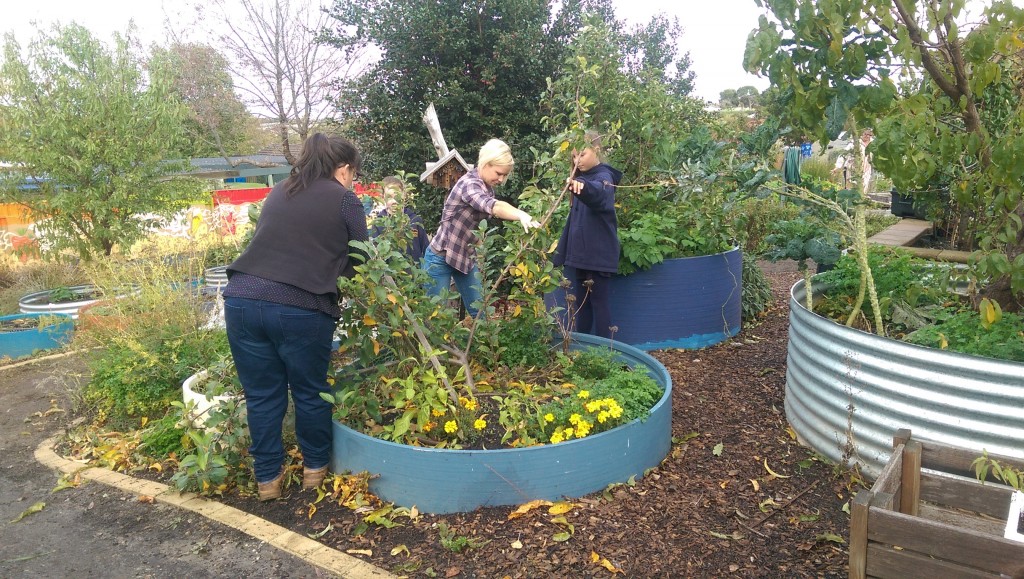 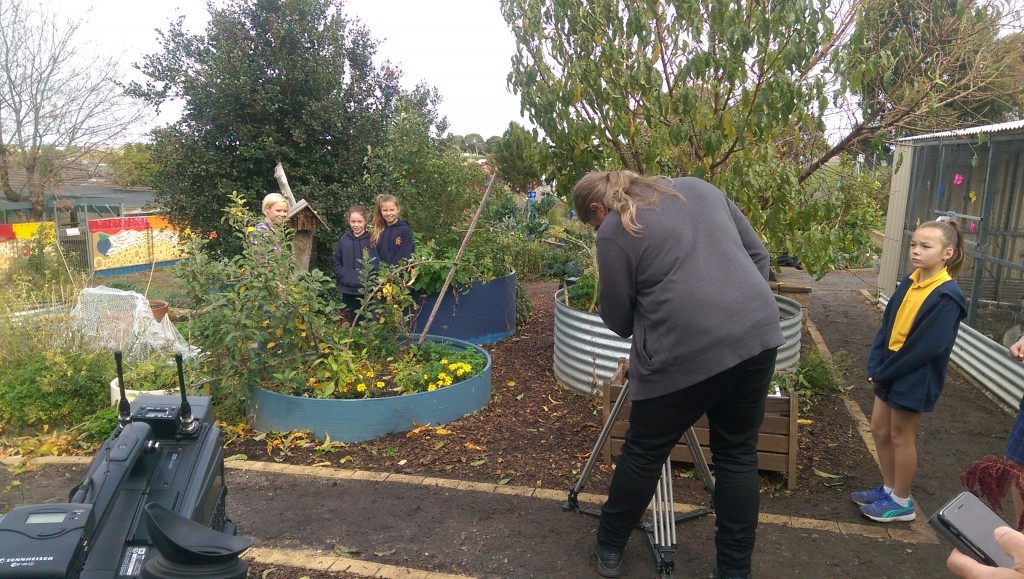 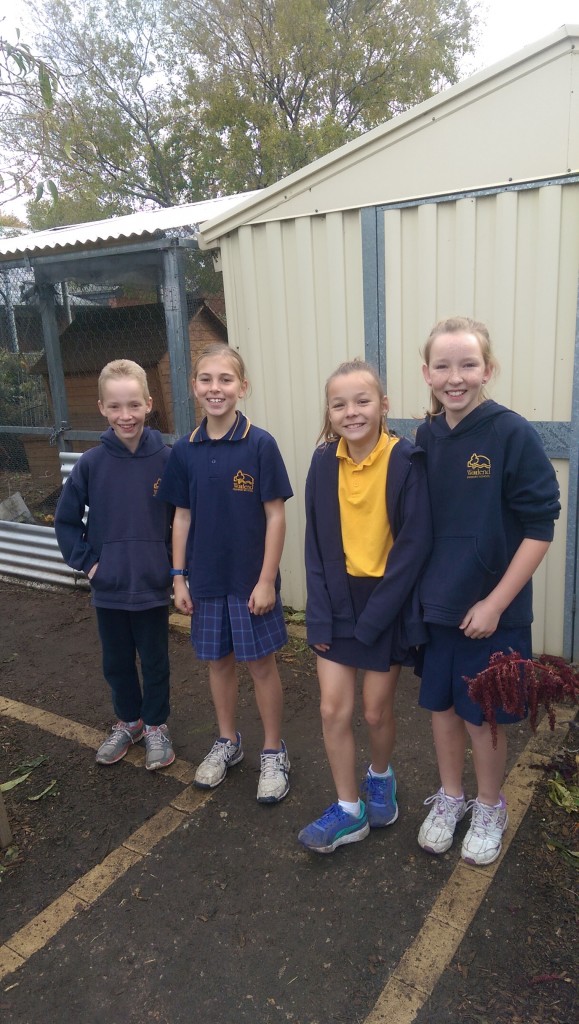 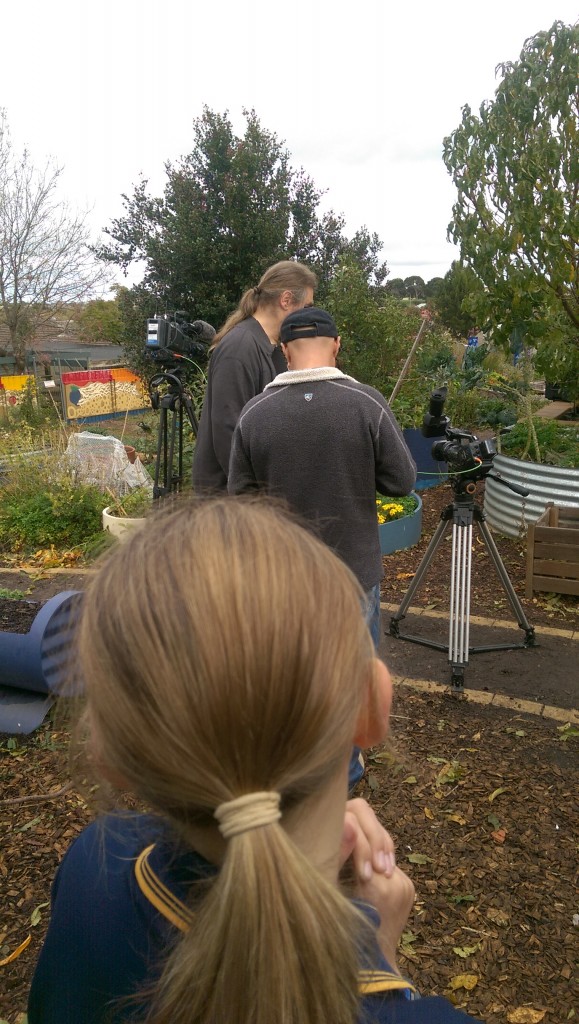 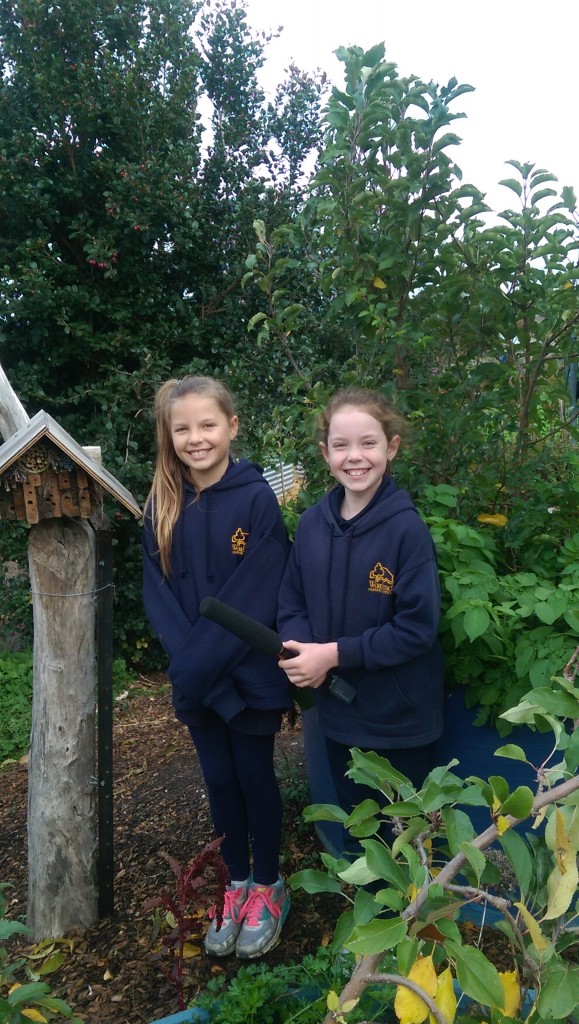