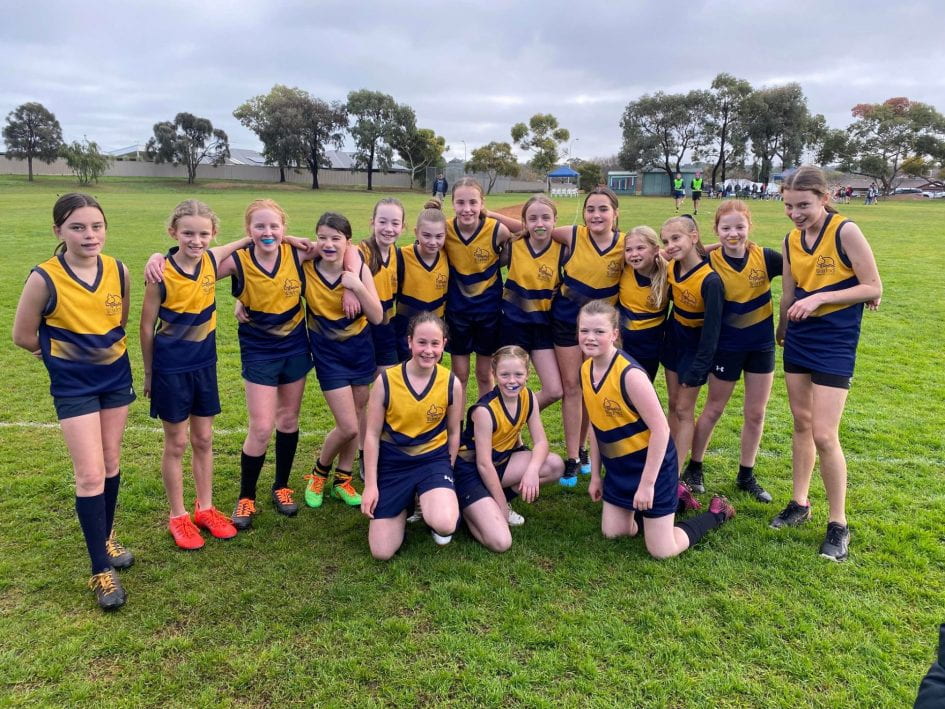 SOCCER
On Tuesday 21st June, the Woodend boys played two games of Soccer.
Game 1 was against Reynella East and finished in a 2-2 draw.
We then had an exciting penalty shoot out to determine the winner.
Reynella East ended up winning the penalty shoot out 3-2.
In game 2 the Woodend boys passed the ball well as a team and played some great team Soccer to finish with a 3-0 win.
Congratulations Woodend Soccer team! 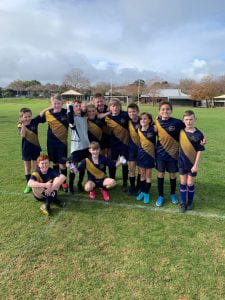 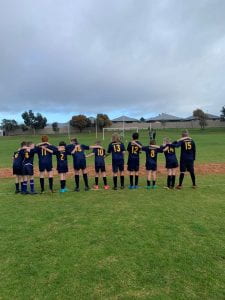 CROSS COUNTRY
Special congratulations to Woodend’s cross country runner, Leni Knowles! Leni has been selected in the South Australian Cross Country state team due to her quick times at Oakbank this year and Salisbury.
She will be representing South Australia in late August, here in Adelaide. 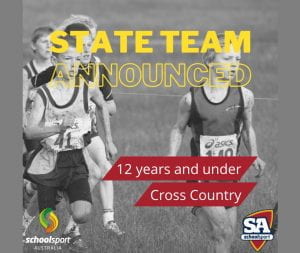 FOOTBALL (Boys)
On Thursday 23rd June, Woodend hosted round 1 of the boys Football competition against Reynella East and Flagstaff Hill.
The boys played very well as a team and ended up with 2 wins and move into round 2 of the competition.
Special mention to Sam who kicked a goal on his birthday and it was great to see all of the team go and celebrate with him.
A big congratulations to Hamish who got his hand on the ball on the line to save the game against Flagstaff and meant we won by the game by 1 point.
Thank you to the parents for helping out and supporting the students.
BASKETBALL
Congratulations to the following students who have been selected to represent Woodend in SAPSASA basketball. They are competing at the Statewide schools year 5/6 Basketball competition on Friday 12th August.
21 girls and 27 boys trialled over the past 2 weeks. It was pleasing to see such a strong number of students trial for the competition who are passionate about their Basketball. The students were: Mahala, Isobel, Kyara, Ava, Asha, Leni, Eva, Andi, Mitchell, Kobi, Tyler, Ryder, Harry, Layton, Hamish and Max.
FOOTBALL (Girls)
Game 1 vs All Saints
On Thursday 7th July our Woodend girls played Round 2 of the Statewide Schools Football competition. Throughout the game they all improved their tackling, attack on the ball and confidence to run with the ball. The girls won the last quarter which was a good reward for their hard work throughout the game.
Final score:
All Saints 8 – 9 = 57 points
Woodend 3 – 0 = 18 points
In game 2 the girls started the game with great confidence and improved their tackling pressure. They had lots of opportunities but unfortunately Belair kicked away late to score 5 goals in the last quarter to take the win.
Final score:
Belair 13 – 4 = 82 points
Woodend 3 – 6 = 24 points
A positive learning opportunity for the Woodend girls and it was excellent to see their consistent effort to give both games their absolute best.
Thank you again to the parents who helped out with goal umpiring and time keeping. 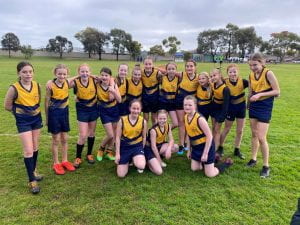 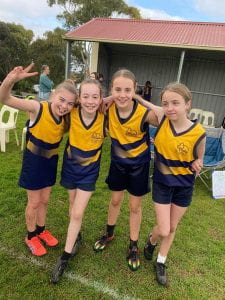