Great Big Thank You To Our Volunteers 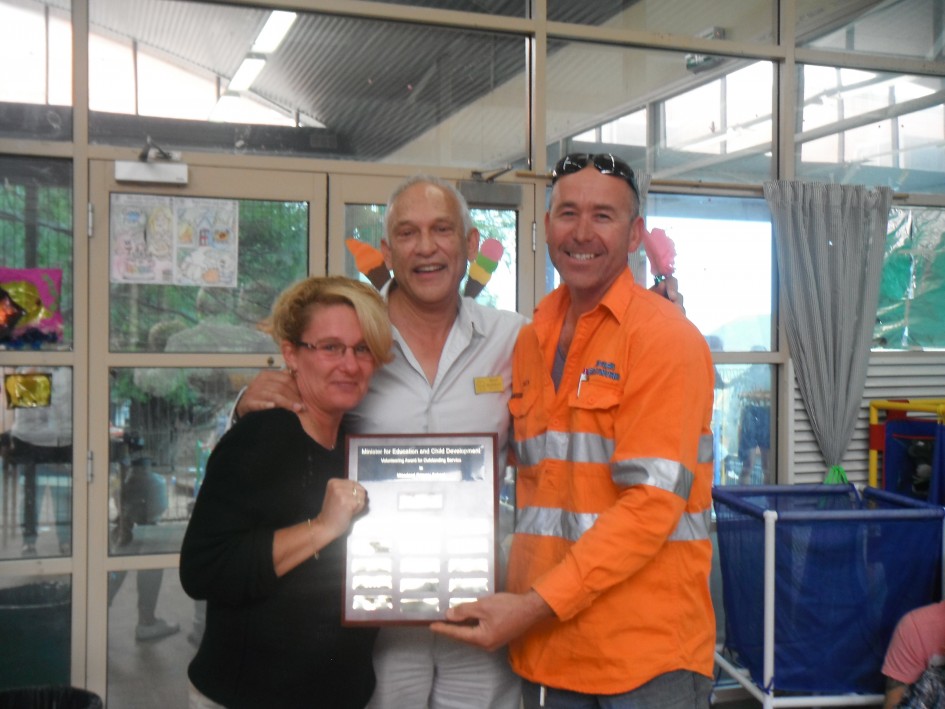 Congratulations to  Kym Sard  and Alex Moran  (pictured above) on being acknowledged  with  Woodend Volunteer Awards for 2017.  This recognition is given to  long-term volunteers who are leaving the school at the time that their last child is graduating from Year 7. 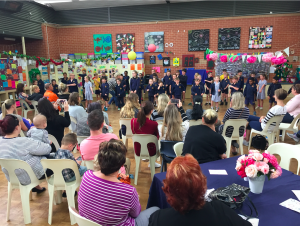 For the past 11 years  Kym has been hugely active  as a volunteer in classrooms, on camps and excursions and on committees including Governing Council  Her  efforts to give something bar the benefit of all kids.

Alex has also been involved in the school for 11 years.  During that time his support has been pivotal to  the success of a number of our big grounds  projects.  In 2007 when we were creating all the decks  outside Rooms 1-10, Alex helped created all the holes for all the posts that were used for the decks.  this was a major 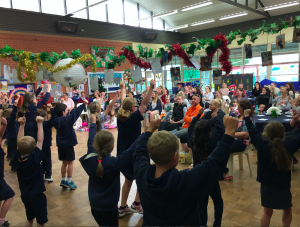 job that took  a great effort but allowed all our other volunteers build all those decks in record time in pretty well a morning!  In 2009 Alex did all the earth works and  major  other work to create the landscape for the Kitchen Garden and then create the beds. Again our major army  of volunteers had a fantastic   advantage because of the enormous time and effort he put in.  Again  last year when we were creating the  wavy fence Alex generously provided the support we needed to break the back on that aspect of the biodiversity project.

Some of our many volunteers were able to attend our Thank you Morning Tea on Friday 9 Dec.  We recognise that through the efforts of our volunteers, great things happen.. maybe the greatest thing is that children see that giving time and effort for the benefit of others is what makes a good  citizen. 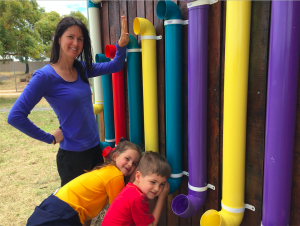 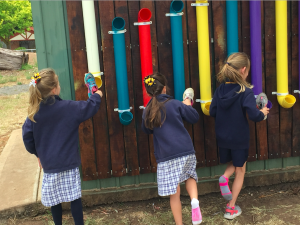 volunteers, Simon Cheney and Brett Simes are two recent examples. Simon has spent considerable time creating the fantastic musical pipes  on the oval shed (Ailee and kids pictured).  Brett has  also spent considerable  time making an outdoor metal drum which will soon be installed near the net ball court.  A big thank you to all our grounds committee and a other volunteers for their great work in progressing the nature play and biodiversity project. 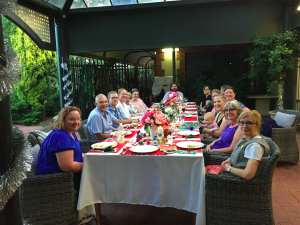 The volunteers who take active roles on committees  (Governing Council members pictured at the christmas dinner), as sports coaches, in pedal prix, in kitchen garden, in classrooms, uniform shop, all provide fantastic input into the culture and resources of the school. 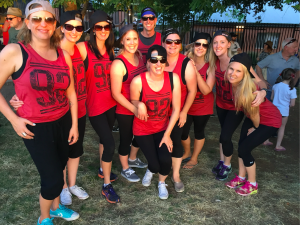 We have a great group of  volunteer parents who form the Parent Network.  There active involvement in family engagement initiatives is helping to take the lead in parents understanding how to best support their child’s learning.   Some  of our parent network and Governing Council parents are pictured at the  christmas event.