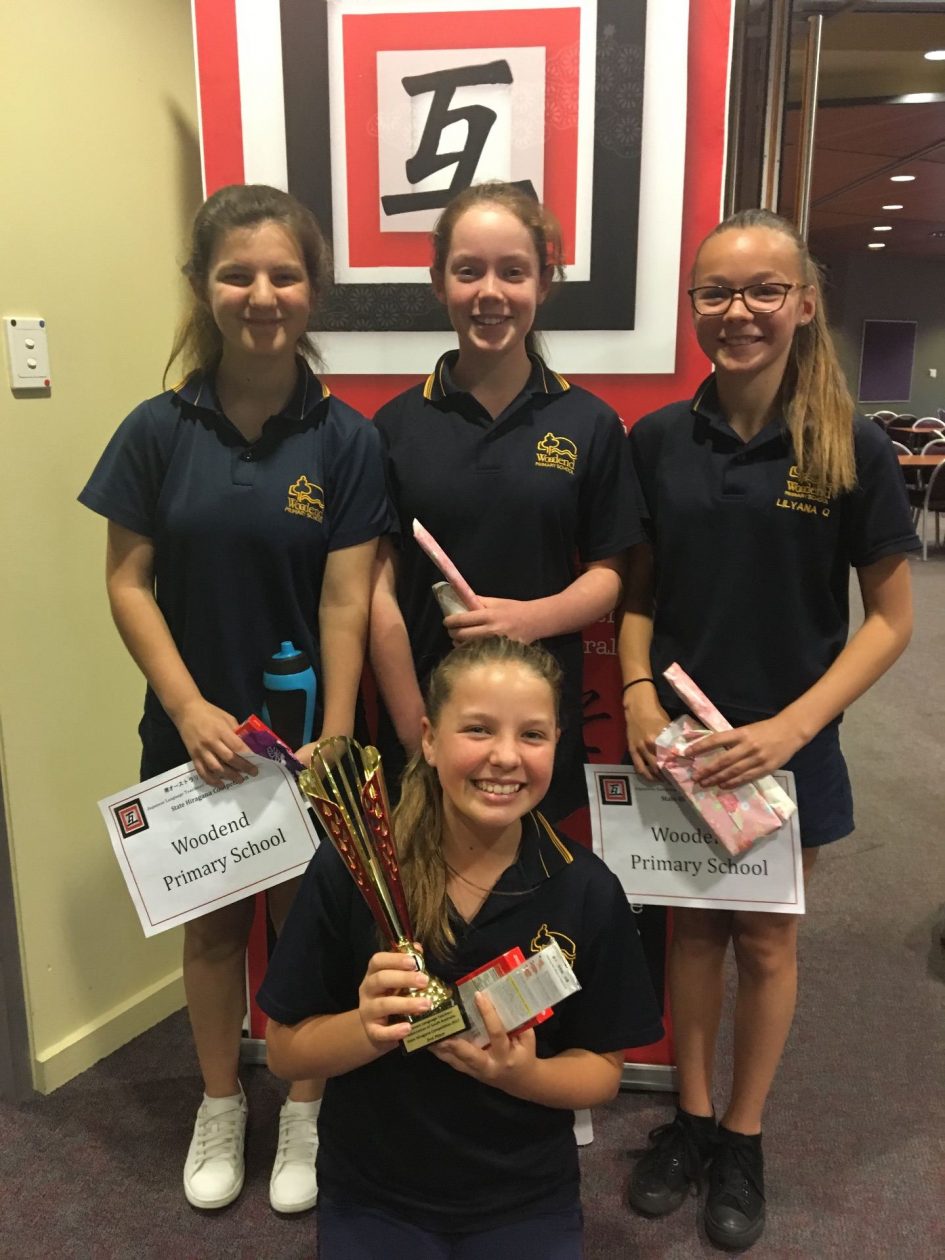 As mentioned in a previous post, (read here) we had 2 teams from Woodend place 1st and 3rd in the district Hiragana Reading Competition in September.

This year the Japanese Language Teachers’ Association of SA held the first State Hiragana Competition, inviting those teams who placed in the top 3 of their district event.

Our 2 teams, Super Sushi and Nihao Ninjas were invited but due to members of our boys team having commitments with State SAPSASA tennis and cricket, we were only able to fill one team.

But what a team they were! Drilona, Ella, Lili and Lilyana were excellent ambassadors for Woodend. The girls took part in the first 3 rounds, reading single hiragana characters, making it to the knockout rounds. This placed them in the Top 8. From there they had to read 2 character words which they successfully did making it to the next round. After winning this round of 3 character words they went on to play off in the GRAND FINAL!

Nerves were high but the girls kept their cool. They were amazing. They held their own and were excellent competitors, with many rounds being a draw, meaning they had to push themselves more and more each time.

In the end they were beaten by a single word but can hold their heads high and be very proud of a fantastic achievement, placing 2nd in the state at Hiragana Reading.

Please have a look at the trophy which will stand proudly in the trophy cabinet in the front office.

Well done girls. I am so proud. 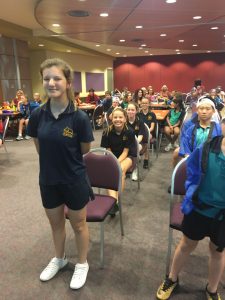 Ready for the Grand Final 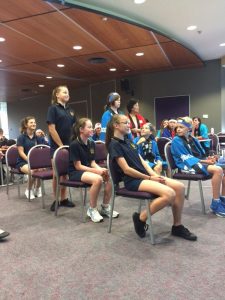 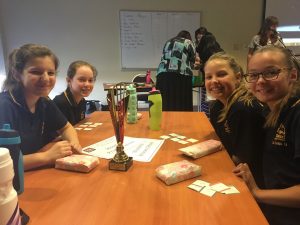