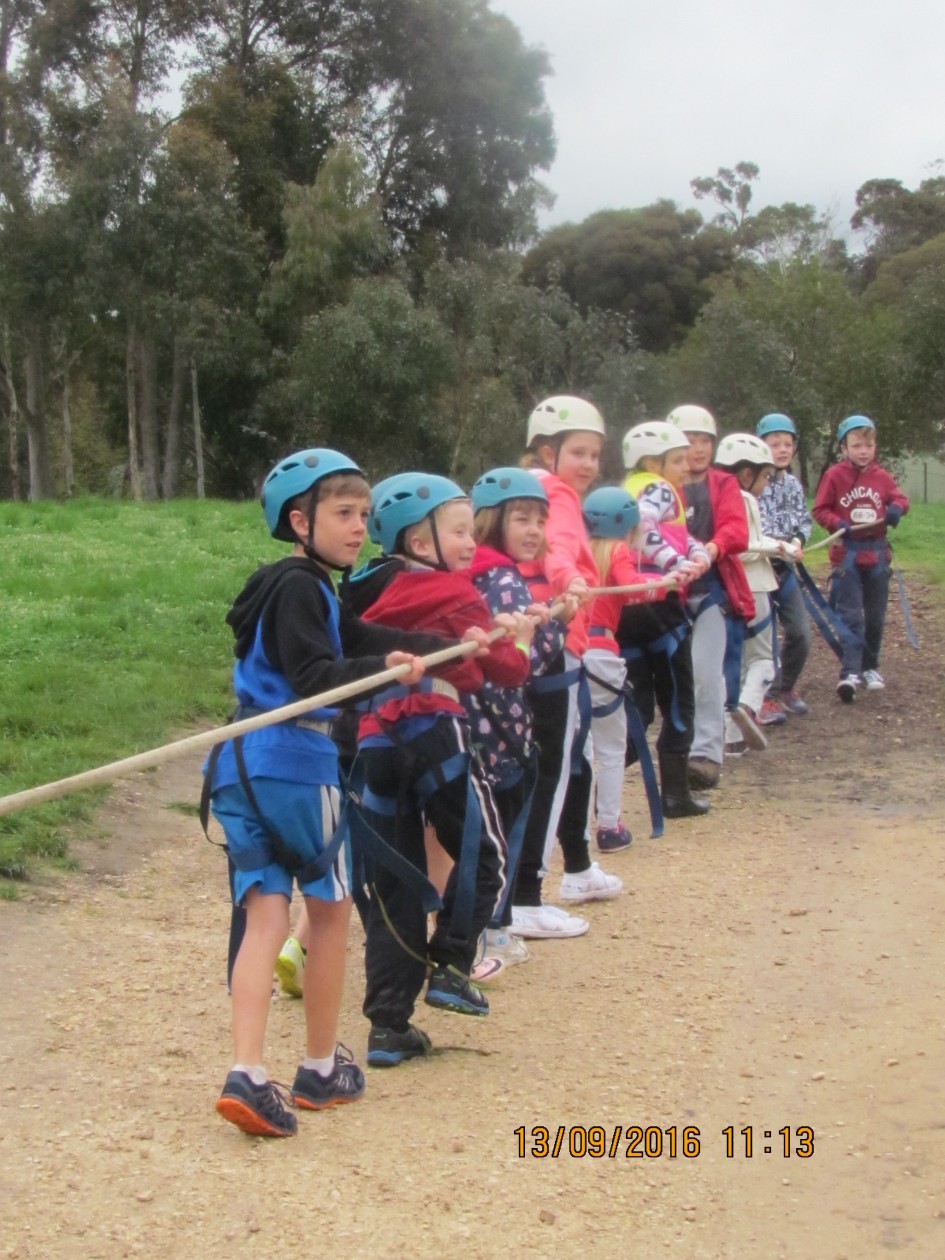 What a wonderful way to spend 3 days. Playing in the rain and the mud!  The students feedback was very positive.

Here are some thoughts from a few Room 9 students. When asked to complete a PMI (Positives, Minuses, Interesting points) they had to say the following.

Briar –Mylor was amazing, there were so many great activities like the giant swing and flying fox. It had such good food like hamburgers and chicken kababs. It was really the best camp ever.

SHAE: I liked Mylor a lot, it was fun and interesting. My favorite thing was the flying fox, the raft building and low ropes.

We were in the cottage and room 3. I had a great time and had lots of fun. I was in a cabin with Megan, Latoyah and Briar.

MEGAN: I liked Mylor because we had nice people serving us food. My favourite activity was the Flying fox and the initiative pursuits, because in initiative pursuits you work as a team. On the flying fox I was a little bit scared at the start of the because it was 200m long but I still went on it.

Callum – The food was good because it was really yum.  For breakfast we had cereal and toast with spaghetti. For morning tea and afternoon tea was cake and cookies. For lunch we had burgers and wraps. For dinner we had lasagna and kebabs with potatoes and salad. For dessert we had chocolate mousse and vanilla slice. My favourite was chocolate mousse.

Jayden : The Flying Fox is a zip line where you get strapped into a harness and zip down the line. The Giant Swing is where 1 person goes on and the others pull him or her up, you say stop if you don’t want to go higher. Then once you’ve said stop you pull a blue sphere and you go back and forth in the air. It was an awesome feeling.

Riley H: Mylor was good, the giant swing was my favourite thing, too bad we didn’t get to do it twice. The only thing that was a negative was there was only 2 toilet between 14 people in our boys dorm.

Imogen : It was an awesome and exciting camp. There were so many different  activities and no one was ever bored. My favourite activity was the giant swing because I didn’t hold on and it felt like I was flying. The meals were excellent and very filling, we were fed 6 times a day. My favourite meal was a very yummy cheesy lasagne with garlic bread and chocolate mousse. It was wet and cold, but it didn’t matter. There was mud which made everything even more fun.

Shannon: Mylor Camp was awesome with all the awesome activities and best food on camp ever. (Better than Narnu Farm) and all the parent helpers. The flying fox was 200 meters and soooooooooooo much fun! Not many down points at all because they ran it very very well. The beds were comfortable(but not as good as my bed at home). Overall 8/10.

The only negative comment I received from 29 students was the bed my bed was hard or there was only 2 toilets between 14 of us boys. Many students could not find a negative. They had an absolute ball…

We would like to say a huge thank you to the adults who came on our camp. Especially the parents who gave up their time to come. We would also like to thank all of the staff at Mylor Campsite. They were all friendly and amazing. 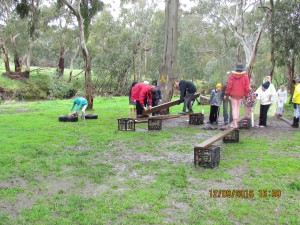 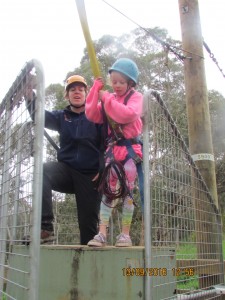 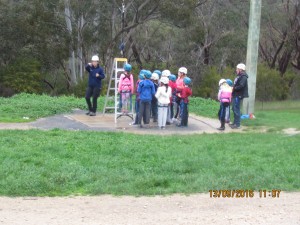 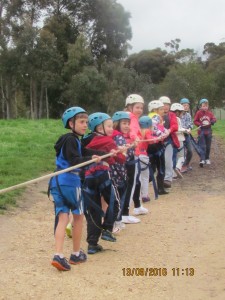