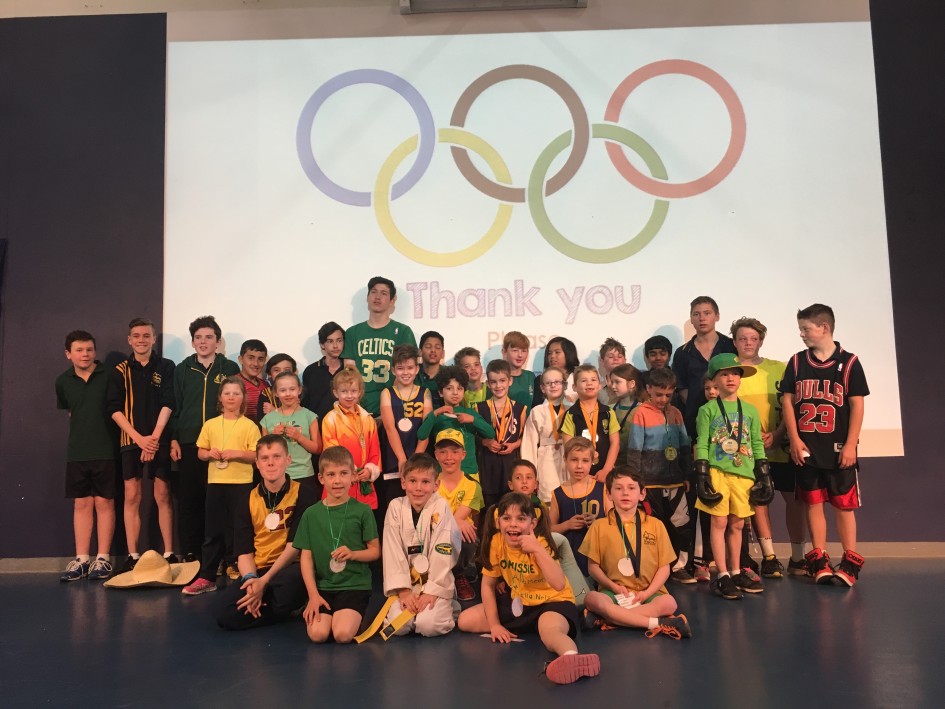 An Olympic theme flavoured last week’s Assembly.  The Assembly was presented by Room 17 and 18 students on Wednesday 17 August.  Dressed in Australian colours and/or as Olympic competitors, the children presented some of the Mathematics involved in the Rio Olympics.  In particular the students measured their own abilities against Olympians’ records in 100 metres sprint, long jump, shot put, and weight lifting. 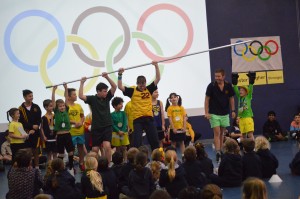 We congratulated the successful teams in the recent Hiragana challenge and Vinall Sensei presented a plaque to the winning team.  We are proud of their efforts and their teamwork.

It was also a treat to watch the Woodend boy’s jump rope team.  Competently trained by Mr Zampogna, the team entertained us with some amazing tricks.  Mr Marshall and Mrs Natar talked about Book Week beginning next week, and Science Week in Term 4 Week 1.

We were very fortunate to have two Scorpion cricketers attend our Assembly.  Amanda Wellington and Britt Perry, our South Australian cricketers, answered several questions from the hosts before spending time with interested Woodend students following Assembly. 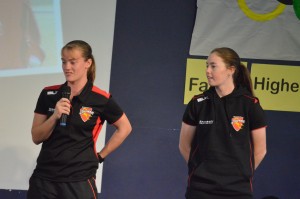 It was a very ‘sporty’ Assembly and we trust the audience enjoyed the presentation. Comments from some of our student presenters:

“It was pretty good!  It was pretty special being an Olympics Assembly because the Olympics only happens every 4 years and we got to do the Assembly.”  Hans, Room 17.

“I was wearing boxing gloves and a hat that said ‘Aussie Aussie Aussie!’ and when Henry was doing the weight lifting, I couldn’t reach when he went to the top!”   Levi, Room 18

“I liked my speaking part because I was so excited I couldn’t sleep last night!” Ruby,  Room 18 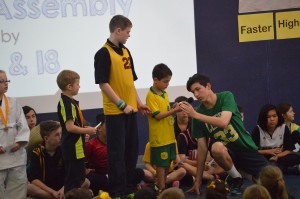 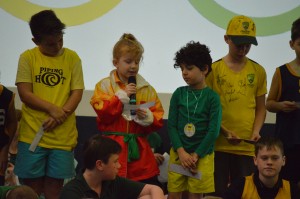 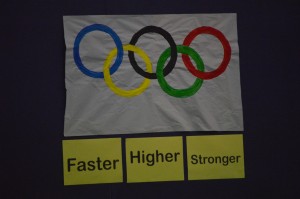 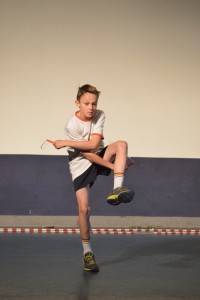 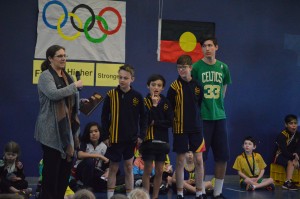 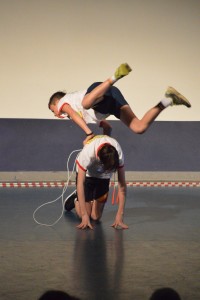 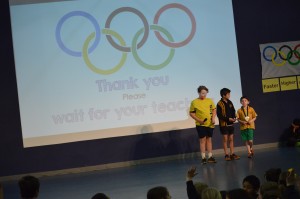