Secure Fencing Around The School Buildings in 2016 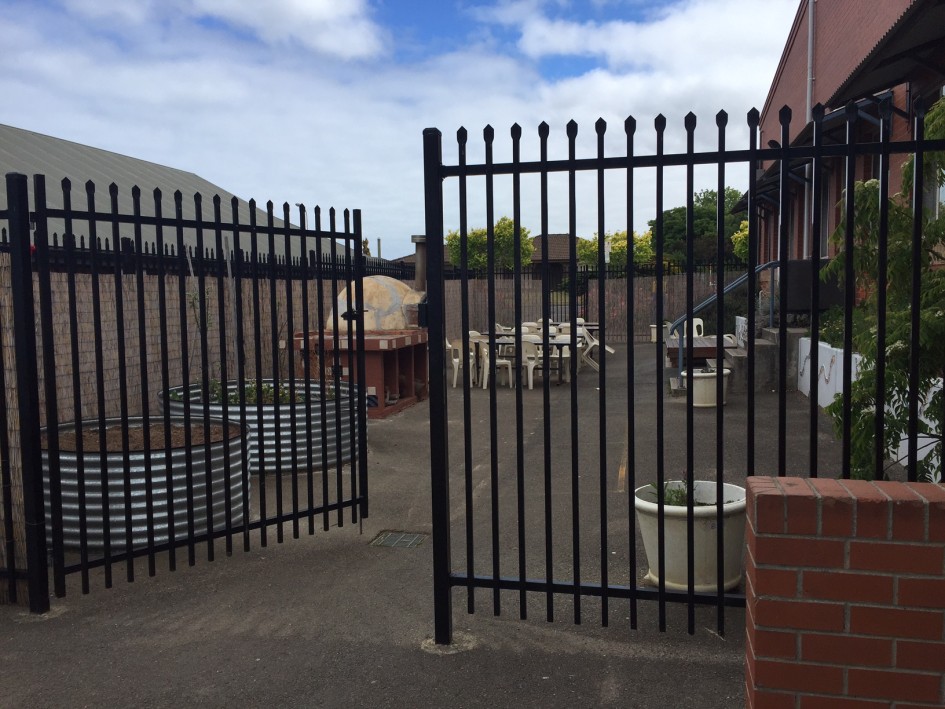 Funding has been provided by the Department for  Education and Child Development (DECD) for security fencing around the school buildings.  The fencing will secure the school buildings and also the Woodend Children’s Centre, outside school hours (~ from about 7 pm – 7 am). Basically when the first OSHC / Cleaners / teachers arrive, gates will be opened and they will be progressively closed by about 7:00pm on week nights.  Sports groups and other users will have access to keys for use outside the 7:00 am  – 7:00 pm week day times. This fencing is not about safety.  DECD has initiated this in many schools as a means of reducing repairs and maintenance costs incurred by damage / graffiti outside school hours.  The fence will be the same as the  high black fence around our wood oven dining area.  It will pretty well follow the perimeter of the school but will not include the oval.  Near the oval, the fence will replace the pool fencing on the northern side of the basketball court and will run along the current line of fences behind rooms 7–10.  The secure area will unfortunately include the basketball court which we were hoping to keep accessible outside hours for community use.

While we have not courted this idea, we do see that there are good advantages for us  once the secure areas are created, as we will be able to develop many more creative spaces around the school and leave more equipment out for more frequent use by students.  Some of the ideas we have had difficulty developing  in the past, because of easy accessibility outside school hours, will now be able to happen, such as:  tables, seating and shade  trees outside the hall and canteen; art  and craft areas  behind Rooms 1-6; more creative play spaces outside Rooms 6 and 10 and between the netball court and the central walk way.

We anticipate this fencing will be installed sometime during  Term 1, 2016.