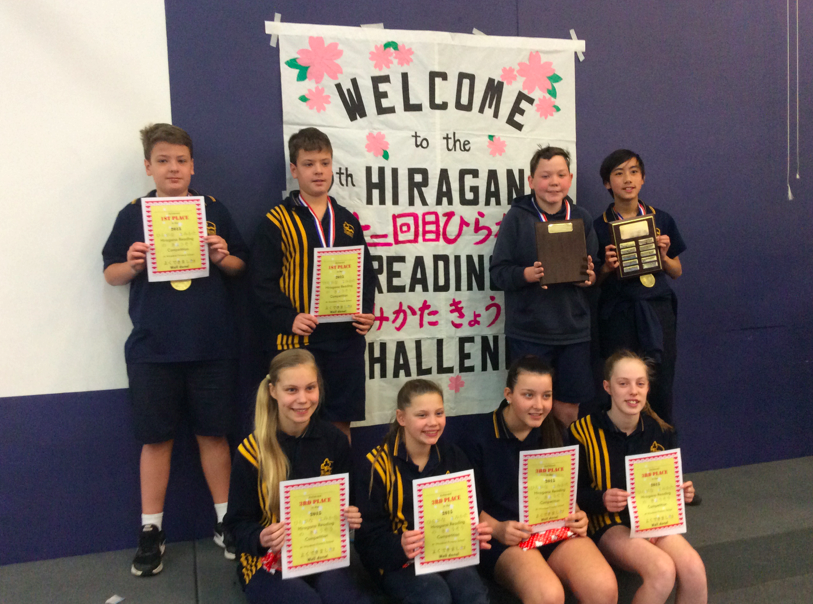 We  love it when our students put in  tremendous effort and strive for excellence.  All students who participated in the Hiragana Challenge  put in the effort to stretch  their learning so that they could recognise the Hiragana at  lightning speed!   We love those efforts.

Yesterday, Wednesday  19 August, Year 7 teams from seven local schools met at Woodend to participate in the Annual Hiragana Challenge. There were 22 teams of four students. We had four fast rounds of eight points to decide who was in the Championship rounds. Eight teams competed in the championship, four from Woodend PS. At the end of the event Woodend came 1st and 3rd and retained the shield until next year.

This year we were all impressed with the speed of the participants but also with the behaviour and interest of the spectators. Thank you kids.